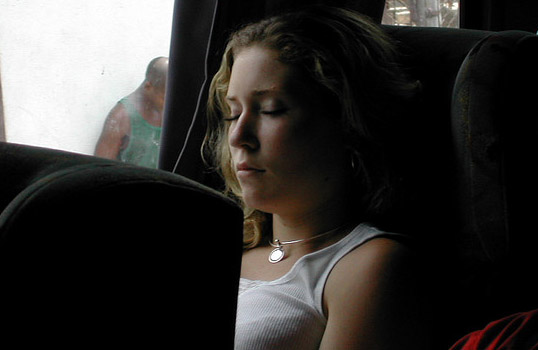 Latest studies show that teens just aren’t getting enough sleep and this has far-reaching consequences. When teens don’t get enough downtime, they suffer from physical ailments, poor academic performance, and mental health and behavioral issues. We all know that young children need sleep and routines and so we have bedtimes. But, as children get older, we tend to forget that their brains and bodies are still growing and that they need more sleep than adults.

Studies show that teenagers need 9-10 hours of sleep. Without proper sleep, memory and the ability to concentrate as well as higher cognitive functioning is severely affected. This means that when your teen pulls an all-nighter to study for exams, they are setting themselves up for a poor performance on exam day.

A survey by the National Sleep Foundation found that 60% of high school students suffered from extreme daytime fatigue which caused them to regularly fall asleep in class. They attributed this to the average of 6.5 hours of sleep that the students we getting.

Dr. Avi Sadeh, a lecturer at the University of Tel Aviv, conducted a study to find out just how much sleep deprivation affected academic performance; “A loss of one hour of sleep is equivalent to [the loss of] two years of cognitive maturation and development.” What this means practically is that a sleepy eighth grader will perform academically closer to a sixth grade level.

Lack of sleep also reduces the efficacy of immune systems and that leaves students vulnerable to all the illnesses they are exposed to at school. Missed school days also contribute to poor academic performances.

One of the reasons teens tend to stay up late is biological. Sleep researchers Mary Carskadon, at Brown University, and Bill Dement at Stanford found that at certain times of our life, our biological clocks keep us up and make us resistant to sleep. This phenomenon is called ‘phase delay’ and occurs before and during puberty. That means that your poor teen doesn’t feel in the least bit sleepy despite the fact that they really need their rest.

One way to encourage students to sleep is by taking a melatonin supplement just before bed, by encouraging exercise and healthy eating and by getting your teens to avoid computers, games and academic tasks at least two hours before bedtime.

A Harvard study discovered that the brain continues to learn even after you fall asleep. This is when it consolidates information and works through processes or steps you have learned the day before. Have you ever found that you were struggling with something, but then after a nap or a good night’s sleep, you suddenly got the hang of it? That’s because while you are sleeping, your brain was working on the problem without the noise and distractions of the day.

If you want to help your student to excel academically and be healthier and happier, then more sleep is definitely the answer. Move your Zzzzz to A’s this semester by making sure your students are getting all the sleep they need.